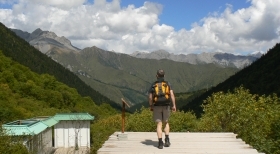 Found a ringtail possum in our backyard

Find a ring tail possum in our backyard Dudley was berserk barking in the backyard. Mark went out to try to get him inside the house and found a ringtail possum high up on the plum tree. 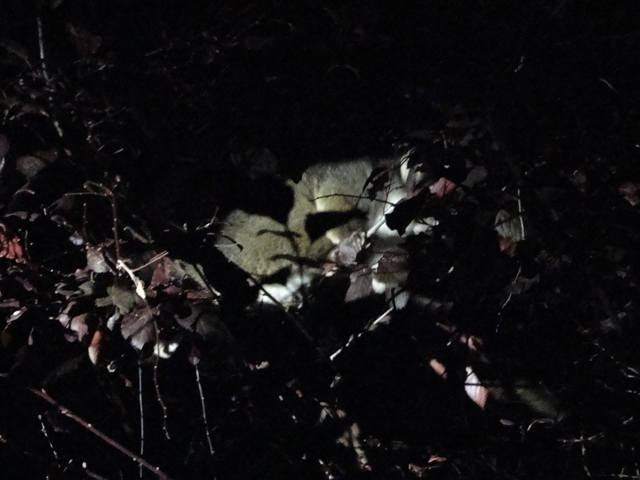 I do not have the camera equipment for shooting wildlife in the dark and this photo is the best I can get. This little creature was not bothered by the torch and kept munching the leaves. At the same time, we heard other possums in the tree. Really happy about this find.
This fella is called "ringtail possum" for its tightly coiled tail, which looks like a ring and its tail is used as a fifth limb. The ringtail possums are lighter in colour than the brushtail possums and have white tail tip.
They are widespread throughout Tasmania and feed on leaves and flowers. They are strictly noctural and strongly aboreal, i.e. always stick to the trees. Unusual among possums, they are active nest builders and their nests are called "dreys" which are constructed from bark and grass among the dense canopy of the understorey.
Baby ringtail possums are born between April and November and usually come in twins. They live in the mother's pouch for about 4 months and then ride on the mother's back. I hope I will be able to see baby possums on their mom's back in our own garden. April is not that far away.

thank you for your article , this a really amazing :)


This comment has been moderated by the blog owner